We really achieved all of those goals. We connected with our audience, we created an interactive emotionally full program, we got amazing feedback from board and donors and viewers and staff. 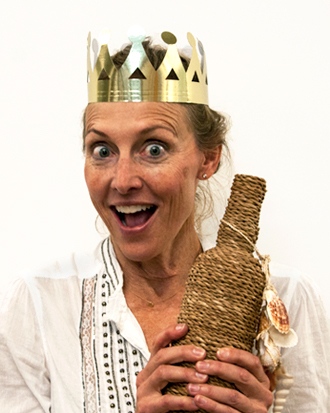 826 Valencia is a nonprofit organization dedicated to supporting students from under-resourced communities with their creative and expository writing skills, as well as helping teachers inspire their students to write.

Each year they hold a fundraiser to help support their free writing programs for students and teachers in the San Francisco area. This is the first year that 826 Valencia has held this event virtually with their Bookeaters’ Bash At-Home Edition! All donations made at this year's Bookeaters' Bash supported 826 Valencia's vital work and free programming in the coming year.

As their first major virtual event, 826 Valencia was looking for Happily as a creative partner to help them bring to life a virtual fundraiser gala that was interactive, fun, and reflected the big heart of the organization.

It was really an ideal collaboration. Everyone at 826 Valencia is a magical creative force of nature! 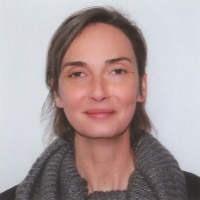 The 826 Valencia and the Happily teams collaborated closely during the creative development stage of the event. 826 Valencia put a lot of trust in us and were open to taking risks that were sometimes outside their usual comfort zone.

Overseen by a Executive Producer, Happily brought on a Creative Director to maximise the design fluidity and to curate all the graphic assets, polishing the storyboard of the event, with that splash of color and playfulness that reflects 826 Valencia (Spoiler alert! Confetti is involved). A Producer built a practical plan to bring all the creative ideas to life and a Video Editor prepared all the graphic marketing materials that were needed. A huge part of the storyline of the event was the children and youth whose lives are positively impacted by 826 Valencia, so it was important to have their stories showcased on the night. A Pre-Recording Video Team was charged with capturing those stories, interviewing the kids and mentors, to create an authentic, professional and heartfelt experience for the audience. As music is always vital for setting the mood of any event, we also brought in a Composer to produce the main theme and sound design, as well a Benefit Auctioneer Specialist who acted as MC to bring the energy and expertise to the live fundraising during the broadcast and encourage a steady stream of donations.

As the 826 Valencia team wanted this year’s fundraiser to standout from past ones, for the first time the staff were front and center during the live broadcast. This is something that Happily always encourages with an event such as this, as it brings that personalized touch and showcases the big, human heart of an organization. Although, it was something outside their comfort zone, the 826 Valencia took on the challenge with enthusiasm and Happily provided the guidance and confidence they needed to shine in front for the camera.

It takes a village to produce an event, so other very important roles for the production that need to be mentioned include the Technical Director who was in charge of the whole technical aspect of the event. The Broadcast Streaming Engineer to manage the livestream and quality of the audio and video. The Clock - also known as a Timekeeper - to keep track of time and interact with the live talent to communicate when they’re about to go live. As well as the Backstage Manager and Broadcast Production Assistant to orchestrate the movement of speakers and backstage staff during the event.

I do think that the love and appreciation for community really came through the videos. 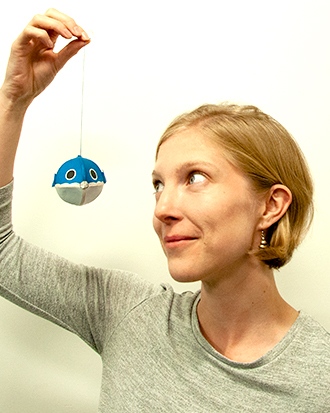 A evening of words and wonder

In the end, the fundraiser emulated the mission and personality of 826 Valencia. It seamlessly balanced both joyful and serious content, and offered opportunities for the audience to interact, and even co-create a communal impromptu poem!

Some highlights from the event:

This blew through our expectations. We met our goals, I mean, the goals are really threefold. The goals are to connect with our donor and volunteer base. To really reinforce the relationship and connection that they have with 826, and then, of course, it's a fundraiser.