I'm really happy that everybody was so happy with it, everyone in the team was saying that it looks super professional, and they really enjoyed everything and I'm really happy with your support and, overall, the Happily team was just super supportive and I completely, you know, we're very thankful you guys exist. 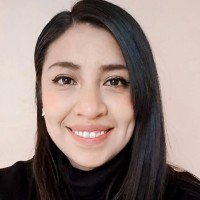 The Riordan Programs at UCLA’s Anderson School of Management is a nonprofit that transforms the educational and professional aspirations of high school students, college students and recent university graduates from diverse backgrounds in underserved communities who would be the first in their family to attended college.

Their mission is to motivate them to consider and prepare for careers in business through education, mentorship, professional development and leadership training. Over 8 monthly Saturday sessions, Riordan Scholars learn the skills and knowledge needed to be admitted to a top university and stay on the path toward a successful career.

This year, the Riordan community needed to pivot to a virtual event for their annual fundraiser gala. The event was to celebrate the accomplishments of their program and its graduates, as well as raise funds for the year ahead. The gala would also include inspiring talks from Riordan alumni, an awards presentation to 3 honorees, and panel discussions for attendees to choose from. The Riordan team needed support from Happily to deliver the main broadcast and 4 breakout rooms, as well as a professional branded experience over all.

In my head it was a little hard to manage but knowing that there was a team, specifically for each breakout room and it was just so organized.

As is the case with many clients, the digital event space was new territory for the Riordan team, and they were seeking guidance for the entire process of producing a virtual event. A Happily producer/show caller was appointed to liaison directly with the Riordan team, creating with them the main schedual (referred to as the run of show) for the broadcast and breakout rooms. Throughout the live broadcast and the event, the producer would be there to ensure that the run of show was kept on a tight schedual and to give overall executive leadership. In the lead up to the event, the producer and the Riordan team had weekly meetings to keep the pre-production moving forward.

The general layout of the gala was a main broadcast, and then 4 breakout room. The broadcast team consisted of the producer, a broadcast streaming engineer, a broadcast timekeeper (or simply the clock), a backstage manager, and a broadcast receptionist. The streaming engineer on a broadcast ensures a smooth livestream with audio synch, as well as incorporating branded graphics, transitional motion graphics and any pre-recorded video. A clock cues speakers when to start and stop speaking with color-coded cards. A backstage manager scheduled speaker rehearsals and managed their movement from the virtual greenroom to the live broadcast.

Each of the breakout rooms had its own team of Happily specialists. A breakout lead managed the talent in the room, with a breakout assistant to provide support, and a streaming engineer to manage all the tech. Having a separate team for each of these panel discussions and breakout rooms relieved the pressure from the Riordan team, knowing that each corner of the virtual event was being managed by a dedicated team.

A Happily graphic designer adapted the Riordan and UCLA Anderson brands to create custom graphics, lower thirds with the name and profession of each presenter, and banners to wrap around the screen and frame each guest. This allowed a completely professional and entirely branded experience for attendees during the broadcast and within each breakout room.

Thank you!! It was great working with you and your team! It was the most well-produced Zoom I've been a part of, very well done. 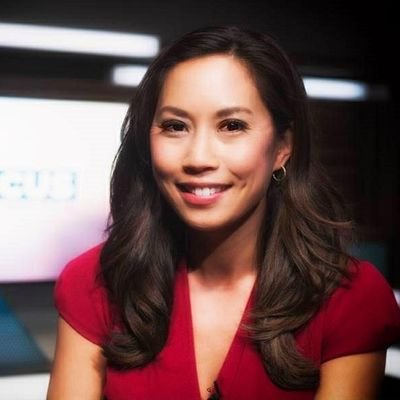 Both the live broadcast and all the breakout rooms were a huge success!

Following the main stage of the broadcast, attendees were free to choose a breakout room, and enter them during the evening as they wished. The Riordan team were particularly pleased with the breakout room ‘Ask Me Anything Honoree Panel’ in which the 3 Riordan honorees of the night sat after the main presentation of the broadcast. This gave attendees the opportunity to simply pop into the room during the evening to congratulate the honorees, share a moment with them, or ask them a question. The result was a wonderful way to create those casual moments and networking opportunities that one would usually have at an in-person event.

Unlike other fundraisers that Happily has produced with donation counters, a live auction and a heavy push in the script for donations during the broadcast, the fundraiser element did not overwhelmingly inform the run of show. The focus was put on the presentations to honourees, the panel discusses and guest speakers of past alumni. The event was free to attended, however funds were successfully raised through encouragement to donate when reserving a ticket, and though a silent auction. This took the stress off donations during the broadcast, allowing the energy and focus of the event to be on alumni and honourees. 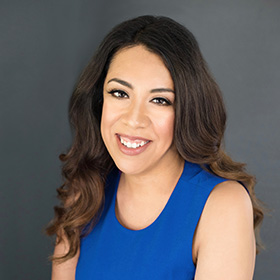